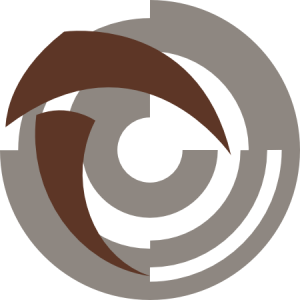 Very little is known of the Iconians outside of what was established outside of The Next Generation’s “Contagion” and Deep Space Nine’s “To the Death” but are still a source of fascination for various expanded universe media. The mysterious Iconians relied upon a network of hyperspace gateways that allowed for instantaneous interstellar travel. During their empire’s peak two-hundred thousand years ago, they were an interstellar Roman Empire that might have spanned as far as the Gamma Quadrant, whose influence is felt to the present day. Their language is a root language from which Diwaan, Dinasian, and Iccobar are derived. Whether the Iconians were conquerors is unclear. An alliance of worlds, perhaps fearing that the Iconians were conquerors, leveled the planet believed to be Iconia. During to a visit to that planet, Captain Jean-Luc Picard became skeptical of the ancient accounts of the “demons of air and darkness”, indicating that history is often written by the victors. Anything beyond that is left up to the imaginations of authors of licensed non-canon media, fan fiction writers, and fan film producers.

In the universe of Star Trek Online, the fears of the Iconians’ enemies were well founded, as the Iconians were a force devoted sowing seeds of dissent among their inferiors. They bear a strong resemblance to the Shadows of the Babylon 5 universe, who sought to incite wars among the lesser races out of a belief that strength was built from chaos. Other non-canon sources from the Pocket Books novels to the online fan-film series Star Trek: Hidden Frontier portrayed the Iconians as a benevolent technologically advanced species. In my future fan-fiction works, I will be taking this notion a bit further through the introduction of alien races whose religious beliefs are consistent what is known about the Iconians—godlike figures who manifest themselves from out of nowhere, progenitors who left behind advanced technology meant to protect their planet from invasion, but that the natives don’t know how to use. This would make the Iconians similar to the Babylon 5 universe’s Vorlons, who presented themselves as benevolent godlike figures to lesser races, but were also found to be astonishingly arrogant.

Perhaps the Iconians had influenced the various species most prominently featured in the Star Trek universe—humans, Vulcans, Klingons, Bajorans, etc.—to provide some explanation into certain universal themes of various religions such as the Klingons having their own versions of Adam and Eve, or instances of mythic characters from Greek mythology to Christianity to the Pah-Wraiths of the Bajoran faith “losing the battle for heaven”. Furthermore, certain facets of Vulcan culture and history mirrors the stories of the ancient Greek god Hephaestus, “god of fire and the forge”. His counterpart in Roman mythology was named (hold on to your hats) Vulcan. Just as the name “Earth” derives from varying ancient mythologies, perhaps the name Vulcan derives from a similar mythos. When original Federation starship Enterprise encountered Sargon and other surviving members of his race, Spock speculated that Sargon’s people may have colonized Vulcan based on ancient historical accounts (“Return to Tomorrow” [TOS]).

If an ancient race did colonize both Earth and Vulcan half a million years ago, a pre-Surak creation myth may be something like this. When the Creators formed all the planets in the universe, the Mother Goddess (Hera in Greek mythology) cast away Hephaestus (“the Ugly One”). This part of the legend would seemingly ring true, as Vulcan is a harsh desert planet, which is also the home to a thriving humanoid civilization. In the one of the ancient Greek accounts, Hephaestus sought revenge on his mother by trapping her in a magic throne. In return for her release, he demanded Aphrodite’s hand in marriage. In the Vulcan mythos, others sought Aphrodite. To prevent all-out war, the Father God presided over ritualistic combat to the death where the victor would marry Aphrodite. This combat was the first koon-ut-kal-if-fee, a tradition dating back to “the time of the beginning,” according to T’Pau (“Amok Time” [TOS]). Such a ritual may seem out of place for such a logical and unemotional race. But when a Vulcan is going through the pon-farr, he or she is hardly motivated by logic.

This is only a sampling, but more on this subject is to come in future fan-fiction works with indications that Iconian colonists on Earth became the basis for ancient Sumerian, Greek, Egyptian, and Norse mythology.